Versalux has provided the luminaires for the lighting of the foyer and the basement of the BHP Billiton building in Adelaide.

The Versalux BANDLED strip has been used to indirectly illuminate the wall panels creating a breathtaking visual effect.

The COMO recessed LED downlights have been used to evenly illuminate the general areas as well as the corridors.

Use in conjunction, the COMO and the BANDLED strips add to the stunningly beautiful, streamlined, and ultra-modern architecture.

The HYPERION exterior surface mounted LED luminaires have been used in the outdoor area to illuminate the entry of the building, seamlessly blending the modern interior and exterior elements. 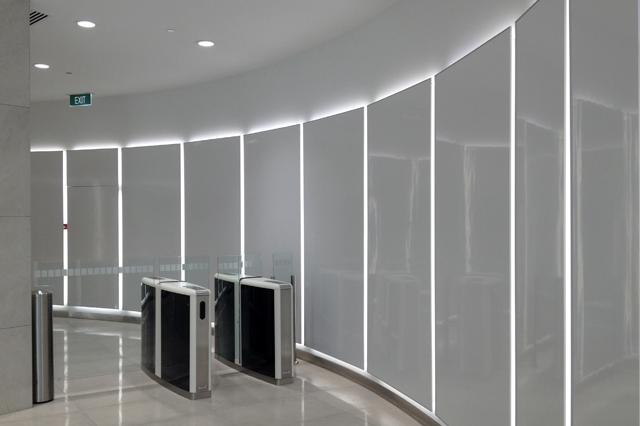 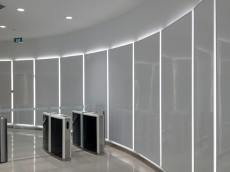 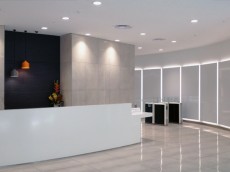 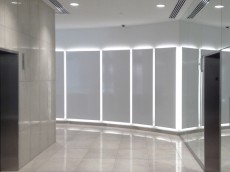 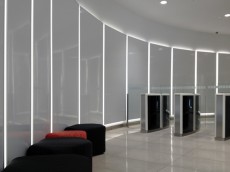