With Australia’s latest teen tennis sensation Nick Kyrgios truly announcing himself at Wimbledon in 2014 with an epic victory over Rafael Nadal, and his achievement this year in reaching the quarter finals at only 19 years of age, we are proud to have partaken in the redevelopment and completion of the 7,500-seat Margaret Court Arena in Melbourne Park will feature a new state-of-the-art retractable roof.

The $366 million major redevelopment includes an additional 1,500 seats, as well as fully air conditioned and a significantly enhanced food and beverage offering. The project has been designed for Major Projects Victoria (MPV) by architects NH Architecture + Populous and engineers Aurecon, who were responsible for designing and specifying the SPORTZ floodlights supplied by Versalux.
“We are very proud to lead the way in world tennis as the only Grand Slam with three retractable roof venues, and MCA will feature what we believe to be the world’s fastest moving stadium roof.” says Major Projects Minister David Hodgett.

The goal to achieve a Leadership in Energy and Environmental Design (LEED) Gold rating upon was achieved, with lighting playing a crucial part of this demanding program. The arena’s design has focused on reducing operating costs and conserving energy, water and other resources during operation. Modern stadiums are increasingly expected to be adaptable, high performance buildings that are able to provide multi-use functionality. The Margaret Court Arena redevelopment provides a facility that was normally only utilised for a few weeks during Australia’s summer months transformed into a year-round, multi-purpose revenue generating venue. 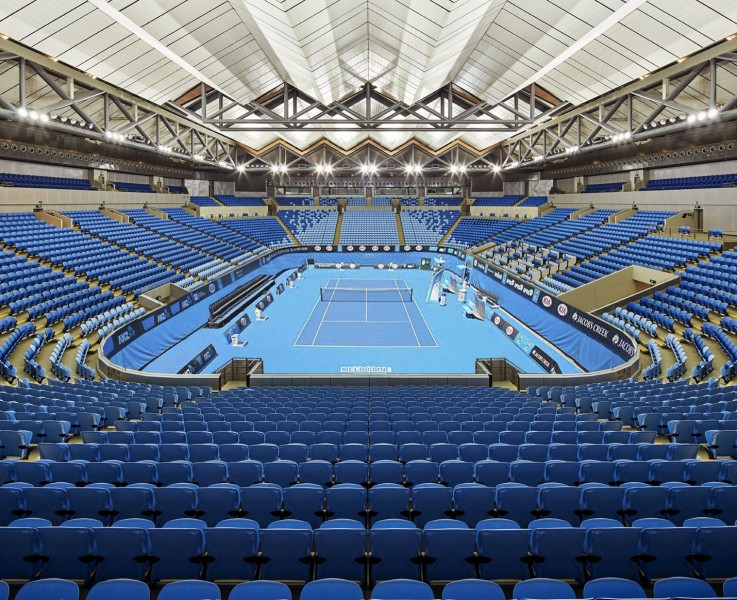 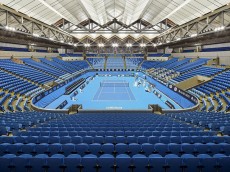 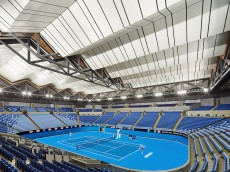 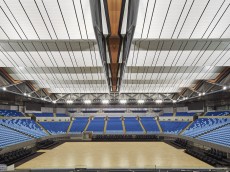