Hay Point is a town located approximately 40 kilometres (25 mi) south of the city of Mackay, Queensland, Australia. It is made up of two bulk coal terminals, Dalrymple Bay Coal Terminal, owned by Prime Infrastructure Holdings (formerly Babcock & Brown Infrastructure) and Brookfield Asset Management, and Hay Point Services Coal Terminal, owned and operated by a joint venture between BHP Billiton and Mitsubishi.
In 2003/4, 77 million tonnes of coal was exported through the two terminals. This makes Hay Point one of the largest coal ports in the world.
Versalux provided a comprehensive lighting design and co-ordinated the balance between appropriate illumination targets, pole locations and ensuring OH&S compliant maintenance methods could be achieved.
The arduous nature of the installation also demanded a solution that was impervious to the degenerative effects of coal dust, heat, humidity, salt spray and vibration.
In excess of 5500 light fixtures and 500 x 316 (marine grade) stainless steel poles were exported to China where the final fabrication of the building elements were assembled and re-shipped as complete modular construction.
All of the 70w HPS bulkheads were mounted on our Versapole stanchion mount swivel poles which allowed access and maintenance of the fitting from the walkway level ensuring no ladders required.
All floodlights were mounted on our Versaflood – stanchion mount swivel brackets which also provided ease of maintenance to each fixture from the walkway without the use of scaffolding or ladders.
Bulkheads are spaced at 9m centres and the emergency fixtures were operated off an uninterruptable power supply. 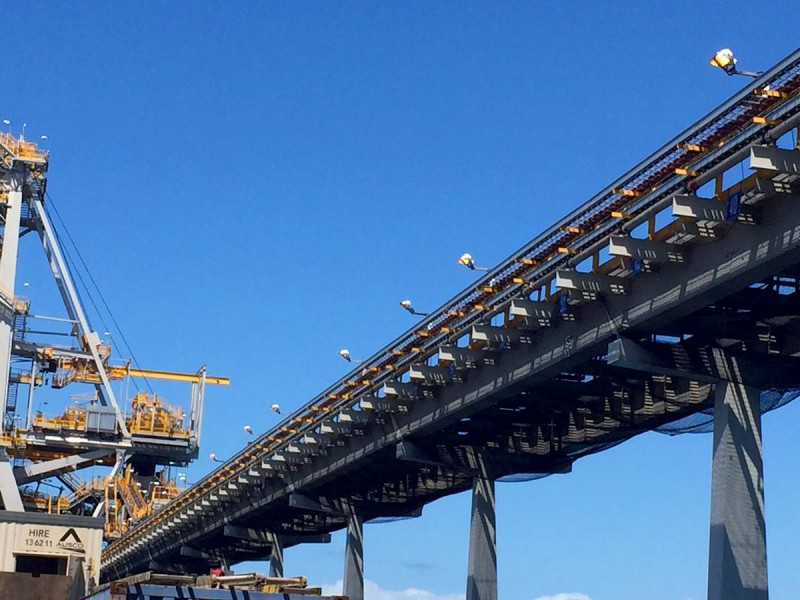 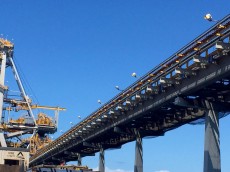 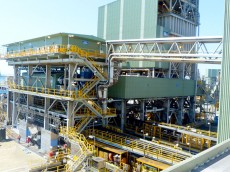 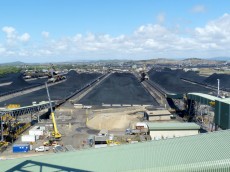 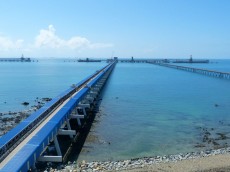