Versalux has provided the luminaires for the lighting of the Urbanest Student Accommodation in Berkeley Street, Melbourne. This building is located in the leafy inner city suburb of Carlton, close to a wide range of universities and learning institutions.

Urbanest have many established buildings all over the world but as this was their first project in Melbourne, the mandate was to create a visually identifiable building which encompasses their branding and architectural design.

The external façade of the building is a striking composition of light and dark materials along with angular shapes and ovals. DKO Architects were able to carry these interesting elements of the external façade into our interior design of the public spaces.

Versalux has worked closely with the architect to highlight these features and coordinate the linear exterior with the interior. DKO Architects have cleverly used lighting to bring to life the detail and design incorporated into this building, by using LED lighting throughout.
A combination of general lighting and feature illumination effects were generated by the
ALBA, MARCO, & BANDLED series of luminaires. 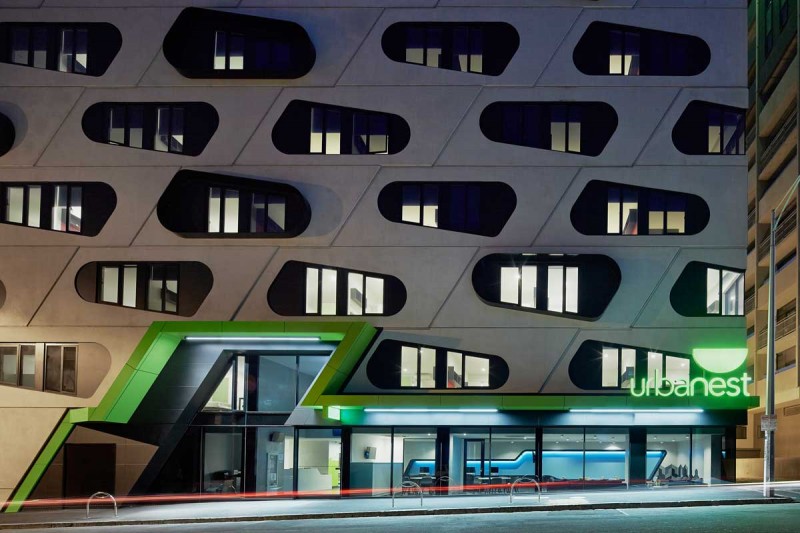 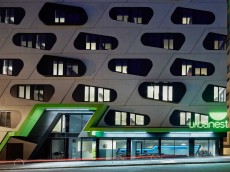 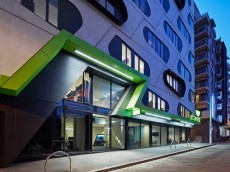 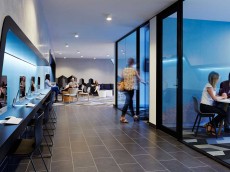 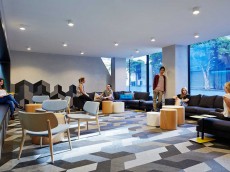 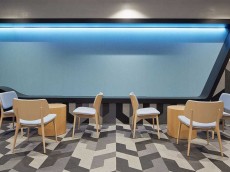 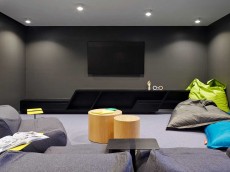 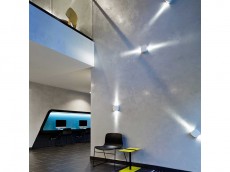 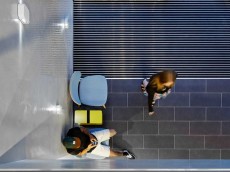 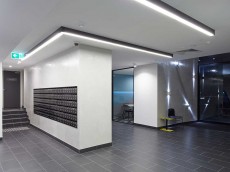