Anton at Chadstone, Victoria is the flagship boutique of retail jewellery for the Anton chain of stores. Anton specializes in natural coloured diamonds and their HelloYellow™ collection is homage to their personal selection of some of the finest yellow diamonds available. Anton also houses a range of exquisite coloured gemstones and jewels as rich and vibrant as a lush tropical garden. Anton satisfies even the most discerning of watch connoisseurs with a noteworthy selection of timepieces from some of the world’s most sought-after brands. Anton’s son Sevan and daughter Sesil now manage the business, which is now home to a collection of diamond jewellery that continues to carry the ANTON legacy of unmistakable brilliance, remarkable customer service and incredible diamonds and gemstones sourced from all over the world.

Working in conjunction with Perry Fung Architects, Versalux designed the main store, VIP rooms, admin zone and window display lights in direct consultation with Anton Bahar. In consultation with Sesil, it was noted on existing stores that the ANTON store branding includes display elements with colours that appeared washed out under traditional light sources. 4000K CRI97 LEDs were selected to improve colour appearance and rendition in the critical colour spectrum areas.

Sevan Bahar consulted with Peter Sword from Versalux to create a new fixture that would create a constant scintillating effect from the items displayed in the shopfront windows. The LUSTRE is a variable-speed motorised rotating downlight, featuring an array of discrete LED optics in a range of warm-to-cool colour temperatures and special coloured LEDs, allowing optimal ‘sparkle’ from a wide variety of jewels and gemstones such as diamonds (white, yellow, etc.), rubies, sapphires, emeralds, opals, pearls, etc.
The visual effect of the LUSTRE on the Anton creations is spectacular – so much so that Anton Jewellery have ordered more fixtures for Chadstone (taking the original four fixtures to a total of nine) and ensuring that they were also a feature of their recently completed Doncaster boutique. 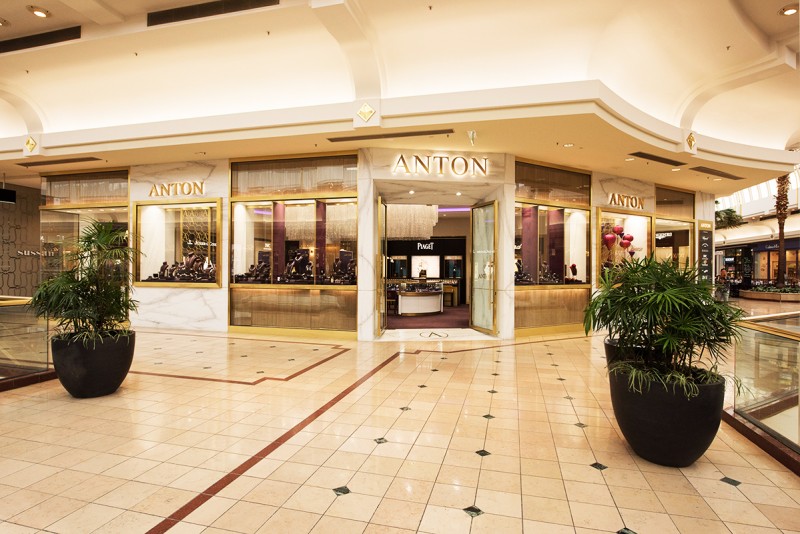 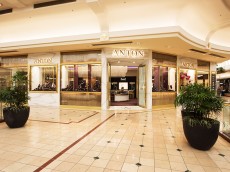 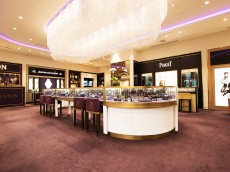 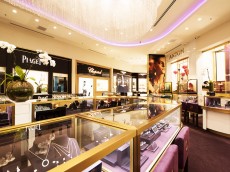 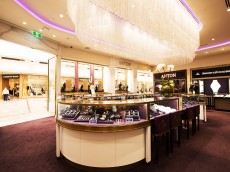 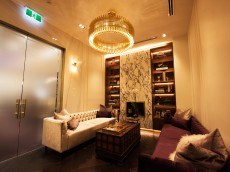 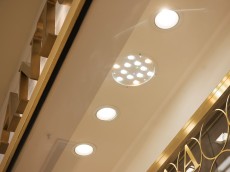