The Waltzing Matilda Centre Museum was designed to represent the Australian outback spirit through Banjo Patterson’s famous song “Waltzing Matilda”. A first of its kind, dedicated to a song, the facility is located in central Western Queensland in a small country town – Winton, Queensland.

In 2015, the Museum was unfortunately burnt to ashes by an uncontrollable fire. However, the people in the Winton community and local council joined forces to revitalise and re-create a new $23 million Waltzing Matilda Centre Museum, reopening 3 years later in 2018.

An iconic, architecturally pleasing building, the Museum showcases Australia culture through a selection of memorabilia and interactive displays, telling a story of hardship and a drought-stricken area like Winton and the outback region. This uniquely designed and inspiring Museum has become a popular tourist attraction for visitors and locals alike.

Working closely together with Cox Architecture and Umoi Lai Electrical Engineers, Versalux proposed an exterior lighting solution for the spectacular newly built and revamped Museum that would illuminate the pathway entry and exiting areas for guests, clients and employees of the facility. It was necessary that the fittings could withstand outdoor sub-tropical, dry and dusty conditions whilst being both sturdy in practicality and construction due to the climate and geographical location of the Museum.

The VENICE 6 DOWNLIGHTS were selected for the exterior of Winton’s harsh landscape, one of Versalux’s most well-known and frequently utilised downlights for retail and commercial project spaces, the luminaire itself is of a superior construction and a quality choice.

TheVENICE 6 DOWNLIGHTS are recessed, blending inside the outdoor structural steel roofing frame’s ceiling with minimal trim as a discreet in appearance luminaire constructed with a high purity faceted aluminium reflector which generates a high-level light output.

The luminaire produces superior vertical illumination and horizontal uniformity for the centre’s outdoor area, allowing visitors to explore the centre as an attraction for the city with the comprehensive lighting design becoming an important and significant component to the overall appeal of the Museum. 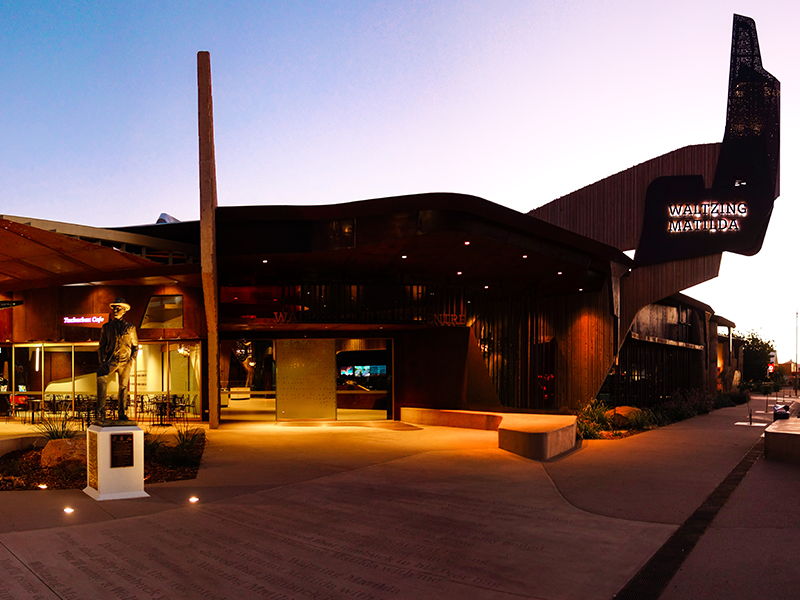 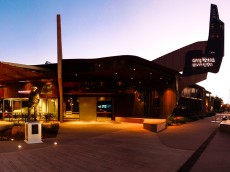 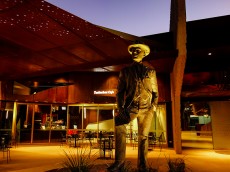 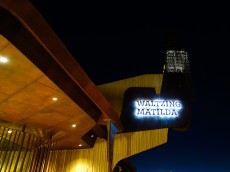